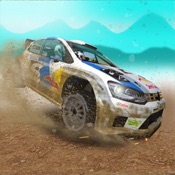 软件介绍 软件截图| 网友评论|
【基本介绍】
If you are looking for REAL mobile rally simulation, than you are in the right place. Race at 60 fps in mud, snow, dirt and asphalt in this fast-paced racing game.

AMAZING ACTION!
Prove yourself fast in daytime and n
【基本介绍】
If you are looking for REAL mobile rally simulation, than you are in the right place. Race at 60 fps in mud, snow, dirt and asphalt in this fast-paced racing game.

AMAZING ACTION!
Prove yourself fast in daytime and nighttime tracks, dare to speed in hostile conditions and terrain, drift along the turns and pay attention to your co-driver's pacenotes (Or he will get mad, we can assure it!).

DRIVE ON REAL-WORLD TRACKS!
Drive on awesome tracks: they are all modeled around existing and famous rally tracks, feel every little road's roughness, run on the edge of a pitfall, feel the breeze of the Alps' snow and the heat of the Mexico sun!

AMAZING CARS!
Customize the driver's name and the name of your co-pilot together with their country flags and stick them on your car's window! Get your livery dirty while trying to nail that turn, chose among a lot of different cars, each with its handling and performance!

TAKE THE LEAD!
Chose among two different championships: J-SPEC for beginners and S-SPEC for legendary drivers! Will you get to top

CHALLENGE THE WORLD!
Smash the leaderboards and show the world you are the fastest rally driver around... or show to them right on track: with multiplayer mode you can challenge a friend or players from all over the world!

【更新日志】
-Added 4 new cars;
-Added new Z-Spec Championship;
-Added Replay mode, with a dedicated Replay Gallery;
-Improved engine sound;
-New car sound effects;
-All cars graphics have been improved;
-All environments and tracks graphics have been improved;
-You can now disable co driver voice, or limit its usage to turns notes;
-Rewritten controls: faster and more reliable;
-New menu, and overall new UI;
-Settings can now be accessed from menu and pause screens;
-More control over graphics, sound and control settings;
-You can now adjust on-screen touch buttons as you prefere;
-Rewritten tilt-steering control;
-Improved touch-steering control;
-Performance improvements, you can now chose to target 30 or 60 fps;
-Faster loadings;
-Stability improvements;
-Fixed a bug that could prevent final results to show on Stage 3 of Italy;
-Fixed a bug that could cause the car to hit invisible objects and abruptly steer off track;
If you appreciate this update, leave 5 stars: this will help future updates!
[展开全部↓]
软件截图 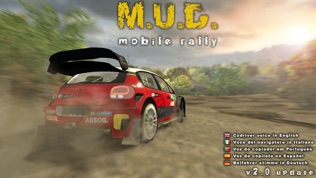 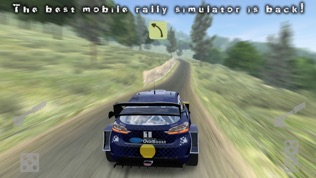 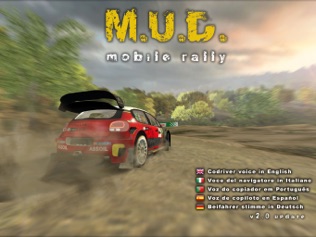 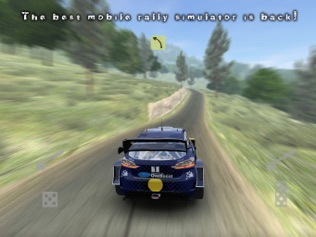 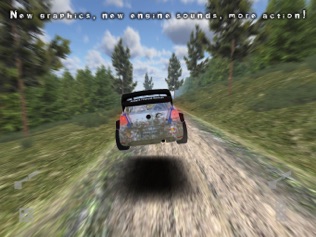