A one time purchase for all your supported iOS devices! Race against incredible boss drivers like DUKE NUKEM. Upgrade and level up you cars and guns in a thrilling single player career mode or global multiplayer! Lock and load and enter the Death Rally, humiliate and destroy your opponents or sabotage the race. You choose how you win, NO TRICK IS TOO DIRTY!

Brought to you by REMEDY, renowned developer of MAX PAYNE and ALAN WAKE! LOAD YOUR GUNS, START YOUR ENGINES... IT WILL BLOW YOU AWAY, LITERALLY! This is no Sunday Drive. This is DEATH RALLY. 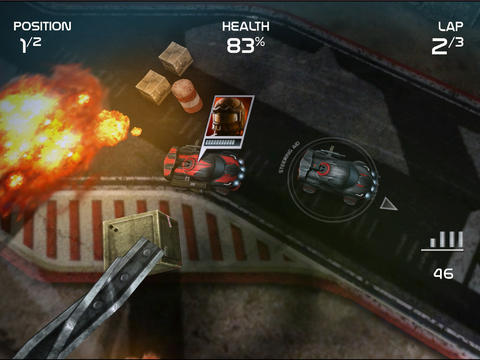 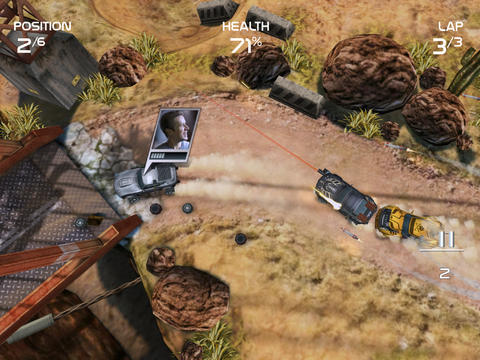