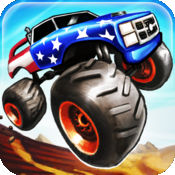 软件介绍 软件截图| 网友评论|
----- OVER 3.8 MILLION DOWNLOADS and over 100 million gameplays since launch!! (see below) Huge thanks to everyone!
NEW UPDATE #2: Now even more races!

Race, jump and nitroboost your way pass thrilling dynamic levels with
----- OVER 3.8 MILLION DOWNLOADS and over 100 million gameplays since launch!! (see below) Huge thanks to everyone!
NEW UPDATE #2: Now even more races!

Latest update adds a new type of driving experience with special USA Stars Stripes Monster Truck! The update also includes new developments to the highly-appraised physics and graphics of the game, taking the game-play and feel of controlling the huge monster trucks even further.
___________________

quot;What do you get when you combine nitro, great graphics and flawless frame rate? Recently updated Monster Trucks Nitro comes with really souped up graphics and performs with silky smooth frame rates. The game does what it promises. Find your trucks situated in a desert full of walls, piled up buses, gas drums and of course, nitro boosts. The design of MTN is superb. The graphics are well rendered in full 3D. Overall, it was wonderfully executed and polishedquot;
-TheAppEra.com

quot;This is a game for all the truck and speed lovers. There will be not a single moment, when you may feel bored. This game is a must have in your iPhones, grab your copy today and start playing!quot;
- iPhoneApps.org

quot;Monster Truck Nitro is an exciting game with hours of replay value. Whether you are a truck fanatic, or are just looking for some fun, this game is for you.quot;
- AppChatter.com

quot;You’ll love the incredible reaction between the trucks and the track obstacles. RedLynx has developed beautiful settings to race in.quot;
- AppSmile.com


#039;Gameplays#039; from the headline was calculated from both iPhone, iPod and Flash versions.


RedLynx is an award-winning game developer for multiple gaming platforms, based in Helsinki, Finland. RedLynx’s best known games are Pathway to Glory (selected of Best Mobile Game of 2005 by Mobile Entertainment Forum), Reset Generation (among others, Pocketgamer 2008, 10/10 points), legendary RedLynx Trials-series with over 20 million unique players so far (web and PC, e.g. Acegamez 10/10), and as the latest success case, Monster Trucks Nitro. 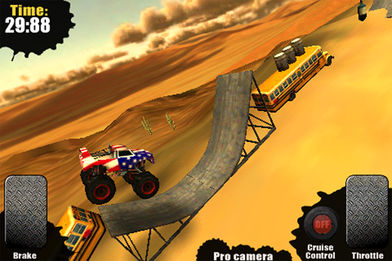 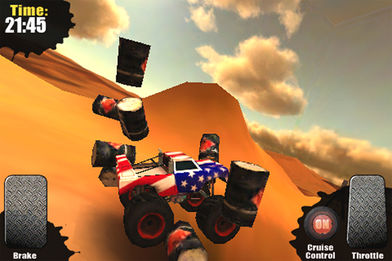