TOTAL WAR MOBILE STRATEGY
? Build and expand your Kingdom, with farms, quarries, blacksmiths and more.
? Alter the land by creating rivers, lakes and mountains.
? Command your army in large-scale battles.
? Battle other players in real-time.
? Cross-Platform - Play on phones, tablet, and PC, whenever you want, wherever you want. Actions in your Kingdom will carry over onto any device you play on.
? From the creators of Total War: Rome, Medieval, Arena and Three Kingdoms.

If you do not want to use this feature, please disable in-app purchases in your device’s settings. Also, under our Terms of Service and Privacy Policy, you must be at least 13 years of age to play or download Total War Battles: KINGDOM. 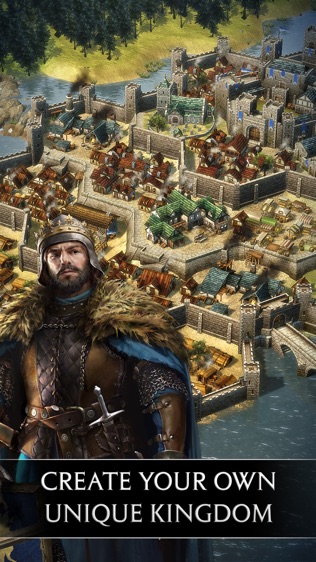