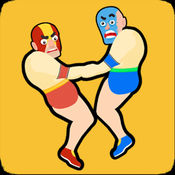 What about with your friends It is going to be fantasy wrestling game in terms of multiplayer wrestling games. Wrestle Fest-Physics Game is going to be your one of the most thrilling free wrestling games. Fun is waiting for you. Now it is time to fight with physics rules! You will be an expert wrestler in this amazing game. Because your fighting skills are important in wrestling games. You start fighting with your opponent, just be careful, if your masked man’s head will be hit to the floor first, you lose. But, if your skills and experiences are better than your rival and hit your opponent’s head first, you win. Don't let your opponent wrestle ahead of you, do your move first. This is one of the best physics games which test your skills, so follow your opponent wrestler, evaluate his moves to guess before he performs.

Wrestle Physics is all about evaluating opponent's moves, that is what you should do in the game. When fight starts, opponents do his move and they both try to hit others head to the floor. Aren’t wrestler games fun Don’t just stand there, prepare yourself and ready for this difficult arena! In this wrestle game, you will have a lot of fun, you can be sure about that. You can play single or with your friends. Fight with your friend most of time will be more enjoyable. Because no one knows who is going to win in this game. Come and join Wrestle Jump now! Enjoy this free game! Time is ticking, go and fight, wrestler!

We assure you that you will have fun with this physics timer/engineering wrestle game. Physics rules are never wrong! 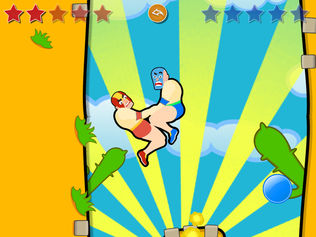